Trailing plants offer a different dynamic to regular ones because they are looser and more relaxed. Many trailing house plants look great in hanging baskets that allow them to fully display their leaves and colours. We simply love the free-flowing style that indoor trailing plants can bring to our homes and indoor spaces.

What are trailing plants?

Trailing plants are plants that have trailing stems that grow vertically, allowing their leaves and stems to cascade down for a stunning visual effect.

When people think of trailing plants, they may actually also be picturing climbing plants. There can be some differences though. A climber can usually grow vertically either using a form of support, such as a wall or wire or use its own tendrils or twining method to slowly creep up.

But not all trailing plants are climbing plants. The common feature of our trailing plants is that they are less rigid and structured, which we think gives them a slightly softer look than other types of houseplants.

The wonderful thing about trailing plants is that you don’t exactly know how they will grow! The names of some trailing plants can give you an idea of how they might develop. We stock a lovely little one called String of Hearts. The leaves really do make it look like it is made up of little heart garlands.

Sometimes, indoor trailing plants may grow slightly up before curling gently around a structure you provide. Or they may tumble over the edge of a pot helping to create a little scene of greenery on the shelf where you put them. You can encourage and direct their growth by turning them towards the sun. If you don’t want them to slowly creep in one direction, keep on moving them to try to get more even growth.

With trailing plants, you can style them in a number of different ways. As mentioned above, you could put them on a shelf, creating an ornament out of them with their trailing leaves.

They’re also great if you are low on space as you can hang them from the ceiling in a trendy macrame hanger. If you have a spot with low height, such as in a bookshelf, then they could be a perfect fit and add extra elegance to your library.

They also look great paired with other plants as it helps to create some variation. Try a Peperomia Rotundifolia next to a Mini Dracaena Head for a great contrast.

The biggest feature to consider when you have a trailing plant is how to make the most of it. So think about where it can add some interest and movement and then let that guide you.

While care for other types of plants, such as succulents, is often very similar, within trailing plants it will vary. This is because there are so many different types of plants in this category!

For example, our English Ivy loves the shade and needs water around every one to two weeks. However, going back to our beautiful String of Hearts, this needs watering every 10 days and likes a sunny spot.

As with all house plants, you should make sure it gets plenty of sunlight, but don’t let the leaves scorch. Trailing plants might be up high or in different areas, which might mean they’re exposed to more sunlight or cold draughts. Be sure to take this into account when providing care for your indoor trailing houseplant. 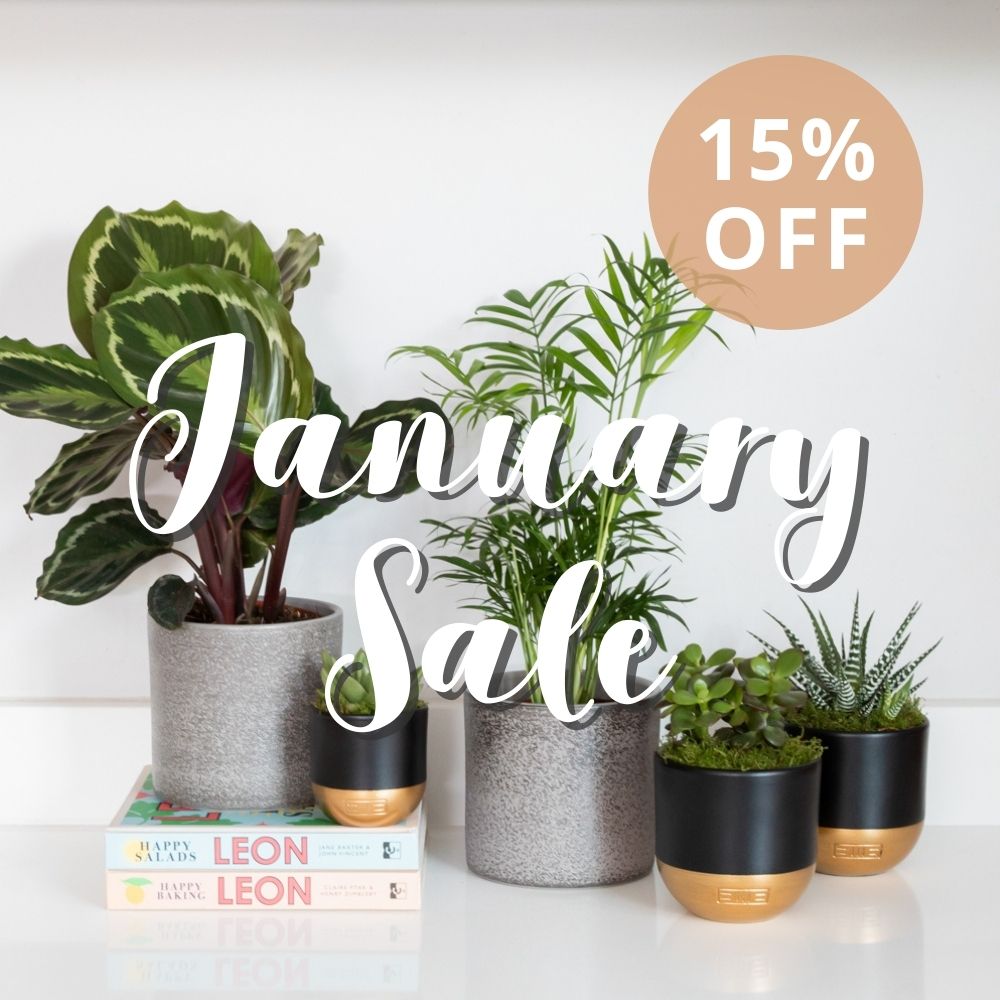